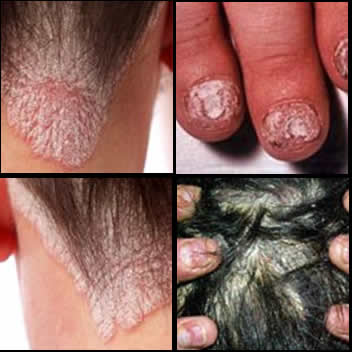 “Kushta” is a wide term used for various disorders. Skin disorders are mostly due to the intrinsic toxins formed in the body which are because of altered lifestyle, consumption fo fast food , viruddha anna sevan, stree and prakurti. These toxins affect (pitta) blood and when exceeded irrupt in the form of skin diseases. So the main treatment in skin diseases by detoxifications. The sansaman chikitsa along with panchakarma and rasayan chikitsa , takrodhara shows excellent result and disease can get eradicated completely without side effects on other body system also.

According to Ayurveda, the skin has six layers, located not only superficially but extending to the deeper levels of the body. A skin disease is, mostly, rooted deeply into various dhatus or tissues like fat, muscles, blood etc. Most skin treatments are generally external applications like creams or oils. These, however, never reach the deeper layers of the skin. As a result, the symptoms disappear temporarily, and the disease is not rooted out permanently. Ayurveda always tries to root out the disease by treating it specifically according to its cause.

Two of the main causes are a wrong diet and lifestyle. Following a diet or life style that is against the season or the prakriti (nature) of a person, creates an imbalance in bodily energies, thus contaminating the body tissues to produce a skin disease. In Ayurvedic terms, although skin diseases are caused due to imbalances in all the three doshas, the prime dosha involved is pitta. Pitta symbolizes heat or fire. Therefore all those foods or activities that increase the fire element in the body should be eliminated. This includes hot, spicy, fried, oily and greasy foods. Exposure to heat and sun, drinking too much tea, coffee, and alcohol, and smoking also aggravate the pitta.

Many basic Ayurvedic texts have explained skin diseases, which resembles Psoriasis. According these references, Psoriasis can be considered as the vitiation of Vata and Kapha. (Two of the basic energies/humors, which maintains our body equilibrium) Accumulation of low potency poisons (Dooshi vishas), are the basic pathological changes taking place in the system. Irregular food habits, consumption of foodstuffs that cannot be eaten together (E.g.: dairy products with fish), excessive intake of yogurt, black gram, seafood, sour and salted items etc can activate the pathogenesis. Alcohol and tobacco consumption will act as a catalyst here. Ayurveda do emphasize on the effect of stress in the pathogenesis of Psoriasis.

Coming to the treatment aspects of Psoriasis according to Ayurveda, it aims at the detoxification of the body or elimination of toxins from the body fluids. It is achieved by “Panchakarma” treatments. Vicharchika