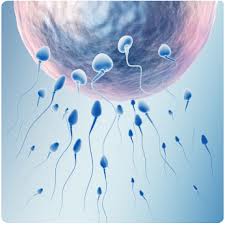 Incapability of the woman to conceive, after one year of regular, sexual union without contraception’s or to retain the fetus fill childbirth is called as infertility. There are two types of infertility: male infertility and woman infertility. So infertility could be because of problems in male or female or in both. “Vandhyatva” is the term used in ayurveda. Ayurveda has a very promising answer to this disorder.

According to Ayurveda, conception takes place due to healthy sperm, healthy ovum, and a healthy uterus. For both men and women, reproductive health depends on the health of the shukra dhatu, or reproductive tissue. In women the shukra tissue creates the ovum as part of the monthly cycle, and in men the semen is formed due to sexual stimulation.

The shukra tissue itself is created as part of a long chain of metabolic transformations, starting with the digestion of food and including the transformation of food to nutrient fluid, blood, muscle, fat, bone, bone marrow and finally, to shukra tissue. Healthy shukra tissue, then, according to ayurveda, depends on the health of all the other tissues in the body.