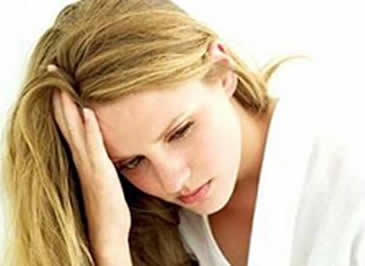 Hair problems may include extensive and severe hair loss, premature graying of hair, baldness, alopecia, dandruff, split ends, excessive dryness of hairs. These are the some very common complaints about the hair. In these complaints the fall of hair seems a very simple but serious issue. In the start almost all ignore it but when thick hair became thin and probability of baldness seems then seriousness is noted. Even premature graying is observed a lot a days.

In ayurveda hair is said to be a ‘mala’ (byproduct) of “Asthi Dhatu” (Bones). It is formed as mala when sarbhaga of asthidhatu is formed. Likewise body health of hair is dependent on the food consumed. If the food taken provides rich nourishment to “Asthi Dhatu ” and if proper care of hair is taken , then the health of hair will be good.

In today’s hectic lifestyle, consumption of fast food, bakery products, Chinese food, salty diet, outside food is increased. That’s why the hair problems have tremendously increased. Due to sour salty products , Pitta increases which goes to the hair follicle and thinning of root of hair follicles occurs which enhances the hair fall. If the pitta is increased to a large extend then premature graying takes place and younger person looks aged. The hair fall also increase in anemia and long lasting fevers. It the food increasing kapha dosha is taken in excessive the layers of “vikrut kapha” starts to form as scalp then it get dead and we call it as Dandruff, which also leads to hair fall. When this vikrut kapha get started at the hair root then glands at the base of hair follicle stop working and spots and pitches are formed which we torm as Alopecia (Chai).

The treatment is done as per the reason behind it. Just use of different oils and shampoos doesn’t give result but in contrast hair fall and graying goes on increasing. For this purpose internal (oral) medicines are given which provide nourishments to the Asthi Dhatu. Oils are also important for the application but use of nasya cinstillation of medicinal nasal drop is very beneficial. It strengthens and thickness hair root. Generally shampoos should be avoided. Ritha, shikekai should be used. Hot water shouldn’t be taken on head at the time of bath. Sour, soda products, junk food should be avoided and proper treatment under the guidance of expert doctor should be taken at proper time so that there will not be baldness and premature graying in early age